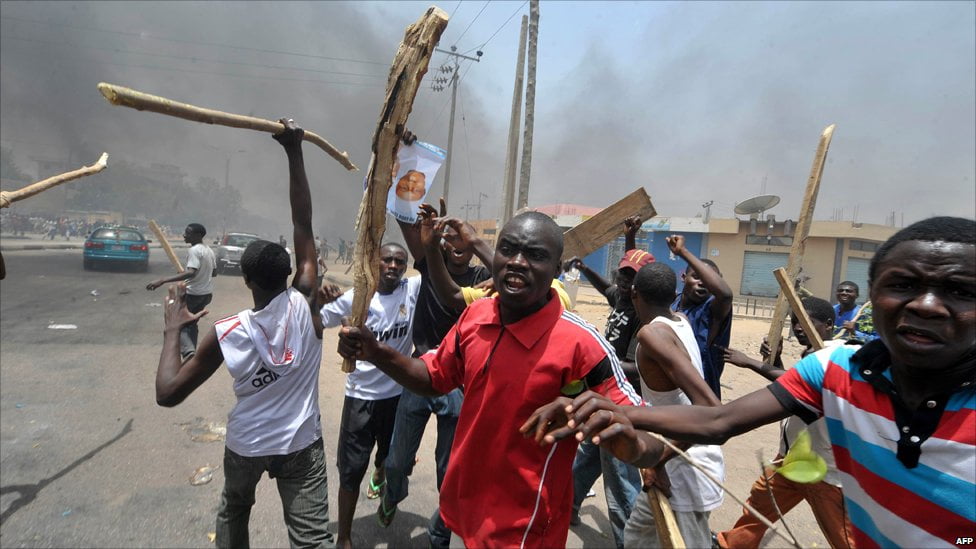 Nigeria’s elections held Saturday across its 36 states witnessed spates of violence especially in the southern region of the country.

Like its presidential election held February, the state elections witnessed unprecedented violence despite low turnout due to voter apathy.

A federal lawmaker and senatorial candidate, Temitope Sugar Olatoye, was on Saturday shot in the head by unknown thugs during the gubernatorial and state assembly elections in Ibadan, Oyo state, Nigeria and died later at a hospital in Ibadan.

Temitope was shot in the eye at Iyana-Agbala area of Ibadan on Saturday by unknown gunmen believed to be sent by his political rival known as Hon. Adigun Ahmed popularly known as “Murphy” sources told Vanguard Newspaper.

Temitope spent his last hours fighting for his life at the University College Hospital(UCH) in Ibadan. He died a few hours later following injuries he sustained from the gunshot.

His death report was confirmed by the Public Relations Unit of the UCH, Ibadan.

Nigeria’s Guber elections are marred with reports of violence across various states mostly in the south and middle belt areas of the country.

Deaths related to electoral violence have been reported in states like Oyo, Ondo, Enugu, Akwa Ibom, Rivers, Imo and Kogi. The exact death toll is not yet known but eyewitnesses report collated on social media suggest many fell to the bullets from thugs and military men deployed on election grounds.

Over 20 persons including two soldiers were killed 23 February as the country did its presidential and National Assembly elections. The highest causalities came from a small village of Abonema in Akuku Toru Local Government Area of Rivers state, South of Nigeria.

Incumbent president Mohammadu Buhari of the All Progressive Congress (APC) was declared the winner of the presidential race by the Independent Electoral Commission (INEC) amidst rejection of results Atiku Abubakar of the main opposition party, the People’s Democratic Party (PDP).

Mr Atiku has instituted a legal suit challenging the results. His lawyers demanded that data from biometric readers be tendered by the electoral umpire, INEC, for forensic examinations in order to verify the figures which Atiku alleges are falsified in favour of the declared winner, Mohammadu Buhari.